GENTLEmen protect the women they love. 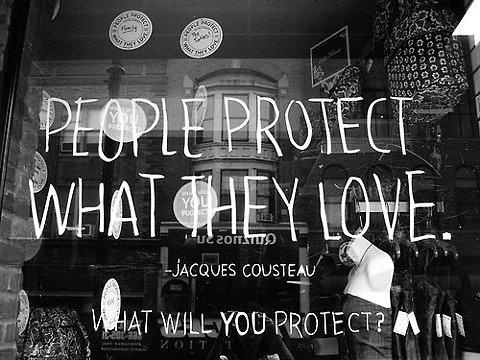 If this is so then why are men not protecting the women they love? Why are young boys growing up with the concept that violence towards women is acceptable? Is it because they have only ever seen this acted out by their fathers towards their wives? It's a scary thought that the boys that are turning into men have such a warped idea of love and protection for what will one day be their wives, their soul mates, the mother of their child.
As a young girl and then going on to be a teenager the only experience i had from boys was unwanted, at times forceful and i certainly never ever felt protected from the men that claimed to 'LOVE' me. This set up a really distorted idea of how i viewed myself and i started to think that if this is how men treat me who "love" me then that is just how it's meant to be. But it's not!! oh gosh it is not how it is meant to be!!!! and i can say now that i have finally found a beautiful, gentle man that has shown me how a woman should really be treated. And that is with respect, kindness, gentleness, protection and never ever making me feel pressured to do anything! The moment a man makes you feel like you HAVE to do something...RUN! get out of there quick smart! this is not how all men are! and trust me the good ones really are out there!

These statistics i'm about to share with you really shocked me and it made me really worried that girls don't realise they can say no! it took me almost 10 years to realise this and a lot of really horrible experiences i wish i didn't have to go through so if you can please learn from this and just trust that gut feeling you have inside and know you are worth so much more than a guy's few minutes of satisfaction!

White Ribbon Foundation 2008, cited research showing that one in seven girls and young women aged between twelve and twenty have experienced rape or sexual assault. Among girls who have ever had sex, 30.2 per cent of Year 10 girls and 26.6 percent of Year 12 girls have experienced unwanted sex. Fourteen per cent of young women said that a boyfriend had tried to force them to have sex, and six per cent said a boyfriend had physically forced them to have sex.

further reports from another source go on to say. 32 percent of young men aged 14 to 26 believe that it is acceptable to force a woman to have sex under certain circumstances.

The increasing incidence of boys perpetrating sexual crimes against women and girls in Australia might be an indication of a trend toward a more callous attitude in men's sexual treatment of women created through the normalisation of the sex industry.

In a Canberra school in 2008, teachers told Melinda Tankard Reist of boys groping the girls in the classroom, even during class and with the teachers present. Girls were aware that male students were spending lunchtimes downloading porn on their mobile phones, which added to their sense of threat.
In almost every group of girls with whom Melinda talks to, she is told stories of verbal abuse, harassment and even sexual assault including rape.  And the girls response to not speaking out about it is: why make a fuss?; it hasn't just happened to them but to lots of girls; what if they were blamed or not believed; it's something they just have to put up with.

(These words were taken from Melinda Tankard Reist's book Getting Real: Challenging the Sexualisation of Girls. You can read more on pages 24-26 find more of her resources on the link below)