at times the world is a savage place.... 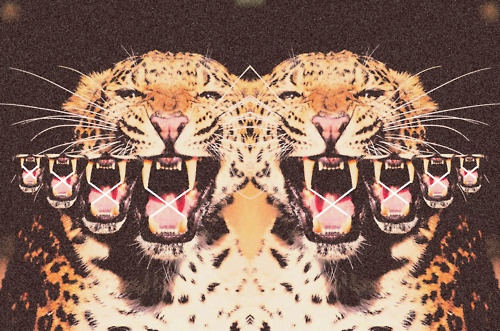 Emma, an Australian girl aged 14, struggles over her popularity with the boys in her class. She thinks she's too fat and her mother doesn't buy her the right clothes. She has taken to throwing up after eating, but is pleased when her emulating of Dolly's beauty advice gets her a boyfriend. She is keen on having the three Gardasil injections so she won't get cervical cancer from sex - that's what she has been told this vaccine does.

The severe body rash and fatigue she develops after the second injection doesn't help her confidence but nevertheless, she soon engages in sex, without condoms or contraception ( the boyfriend didn't want the former and Emma was too embarrassed to ask her mother for help with getting a script for the pill).

The sex wasn't what she had imagined, the boy dumps her, she puts on weight again and feels distressed. The rash over her whole body gets worse including blisters after the third Gardasil injection. She is exhausted most of the time. Her once excellent school results plummet which leads to fights at home.

She panics when her period hasn't arrived for the second time ( the first time she ignored it), breaks down and tells her parents. Her mother takes her to a clinic where she is informed she is 8 weeks pregnant and qualifies for a 'medical' abortion as she appears by now to be severely depressed (one of the indications for the limited use of the abortion pill, RU486, in Australia). The same day, Emma is given three pills and is told to come back in two days for the second part of the abortion (the prostaglandin). She becomes violently ill with stomach cramps and nausea. She passes the foetus that, although tiny, is quite well formed. This really upsets her. When the bleeding hasn't stopped after 2 weeks she needs a D&C to remove the remaining foetal tissue. She is so scared that she asks for a general anaesthetic that makes her feel ver sick when she wakes up. She has trouble sleeping and spends hours crying in her room.

By this time she is on an SSRI antidepressant. At school she has become the butt of all jokes and gossip  (including in cyberspace). She responds with outbursts of temper alternating with feelings of loneliness and bottomless despair. She sees her future as bleak, not worth living for. And she still has the rash all over her body. She thinks all of this must be her own fault and she believes she is a total failure. Her mother is making lots of medical appointments for her and she is seeing a psychiatrist.

This is only one story, but there are many like this happening right now because girls as young as 10 are now being diagnosed with sexually transmitted diseases. Why is no one asking, why are girls as young as 10 engaging in sexual activities. And who is it that they are having sex with!?

Obviously there is a lack of education in our schools about the legal age of sex and the safe way to do so if you are having it.

If we can't trust that our schools are providing the right education for our children and all they have to go to then is Pornography, the media, the pathetic example of Girlfriend, Dolly and Cosmo magazines then what hope to they have!?
Posted by Unknown at 3/14/2012 01:01:00 PM