eff you dad! pornography harms children and you are to blame 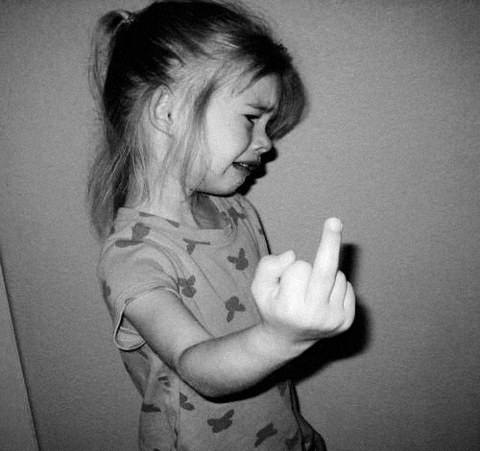 When I first saw this image it gave me a sick feeling deep inside and a very heavy heart. This photo disturbs me so much and I sat there staring at it wondering in what context this photo was taken and by who?

After about 3 months I finally opened up Big Porn Inc again and in part 3 it focuses on children and how pornography is harmful to children, not only because it sets up a false idea of sex and how a male should act and how a woman should be treated but because these 'sex acts' are being acted out on children by their fathers. I believe that fathers are spreading the plague of pornography and infected their sons and daughters with abuse and the disease just keeps on spreading. I found out that the private christian school I spent 13 years of my childhood at, had boys in year 7 and 8 that is 13-14years old showing other peers pornography that had been given to them from their fathers. Good on ya dad!! what a great example you are setting for your son. Definitely a candidate for father of the year right there! how sickening is that!! and what pigs! I mean seriously!! This man has a wife! And for some reason they decided that it was the moral thing to do to send their children to a Christian school yet they are contradicting their actions by hand feeding their sons with a messed up version of adult content. I'm about to share with you some real testimonies found on pages 184 and 185 of Big Porn Inc, these stories brought me to tears and the scary thing is that there are occurring more frequently. please read these with a protected heart.

Silbert and Pines report that a father in their study used to show "his friends pornographic movies to get them sexually aroused before they would rape" his 9 year old daughter (1993,pp. 117-118)

Child pornography also provides new ideas for sexually abusing children
Most child pornography portrays the victims as enjoying the sexual abuse. Such depictions undermine any guilt the viewers may feel, as well as facilitate imitation by males who need or prefer to believe that the sex acts depicted are not abusive. Some men even find it more arousing if the child is terrified or crying. A young girl testifies:
My father had an easel that he put by the bed. He'd pin a picture on the easel and like a teacher he would tell me this is what you're going to learn today. He would then act out the pictures on me (AGCP, 1986,p. 782)

This story got me the most; a father asks his online web cam buddies what sex acts they would like him to enact on his child. He then acts out the sexual abuse that they request, after which his buddies pay him for his live show.

There are more stories, but I will stop there. How are a children ever going to feel safe when they are subject to abuse in their own homes! Showing a child pornography is abuse! so if you're thinking I would never sexually abuse my child! But showing them pornography is just as bad. You are forcing content onto a child when they are not mentally mature enough to understand or accept. I don't think 18 year olds are even 40 year olds for that fact are more immune to the harmful effects of pornography.

i'm in the process of sourcing some support groups and help lines, so please watch this space for these details later this afternoon.

If some of this information doesn't sit right with you or you would like more details please send me an email. tal_stone@hotmail.com